Our team of digital marketers here at 321 Web Marketing are no strangers to the insurance industry. We have been successfully running campaigns for insurance agencies since 2013 and even a few of our marketers used to work in the insurance industry! Not only do we know how to generate informative content across a vast amount of policies, but we do so while adhering to compliance. The case study below showcases our insurance marketing prowess through process explanation and data. We respect the confidentiality of our clients, so we will be referring to our client throughout this case study as “Insurance Agency”.

March 2016, Insurance Agency contacted us to see how we could increase the visibility online and overall brand awareness. Insurance Agency had been operating for quite sometime, but they realized that being able to reach their target audience online was the future of growing their agency. There were two major pain points identified:

The identification of their pain points clearly showed the need for digital marketing. Therefore the goals needed to make this campaign successful were apparent.

Preparing a strategy for this campaign was different than most, being that most of their competitors were in similar situations. This unique situation was a blessing and a curse. It was a blessing because we would be able to build a strong digital presence for our client without much competition, but a curse because we were unable to identify what digital marketing efforts were being conducted correctly and what efforts were being done incorrectly. However, we were able to construct a strategy hypothesis based on the goals of the campaign and their target audience.

Although a majority of their competition did not have a strong digital presence (or a presence at all), we were still able to analyze competitors that were engaging in digital marketing. By analyzing their (low sample) competition, goals and target audience, we were able to create a strategy hypothesis based on the following factors.

Before launching the website, we created a robust library of content related to all of their insurance offerings to ensure users could make an informed decision before purchasing. In addition to the large volume of insurance related content created, we also created what we call “geo pages”, which discussed individual cities and counties within their area.

Results Of The Strategy 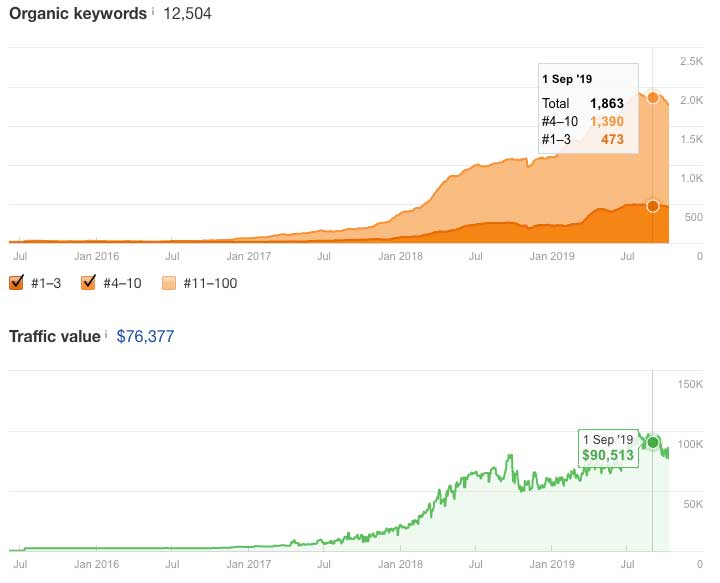 Impressions are often considered not as valuable as clicks when determining KPIs for a digital marketing campaign. Even though clicks are a more tangible metric for assessing lead growth, impressions are most often the foundation that lead to increased clicks and overall leads. An increased volume of impressions signifies the growth of online visibility and brand awareness. The more visible your website is online, the higher the probability is that your clicks will increase.

Speak To Our Insurance Marketing Experts

We work with insurance agencies across the nation and have produced similar results for each one. Our expertise in insurance marketing ranges from standard life insurance policies to cannabis insurance policies and everything else in between. Whether your insurance agency is in California or right here in Fairfax, 321 Web Marketing knows how to get your website in front of millions of prospective clients.